'Eat It Like You Own It' not only celebrates Land O’Lakes’ progressive 100-year-old farmer-owned, co-op business model 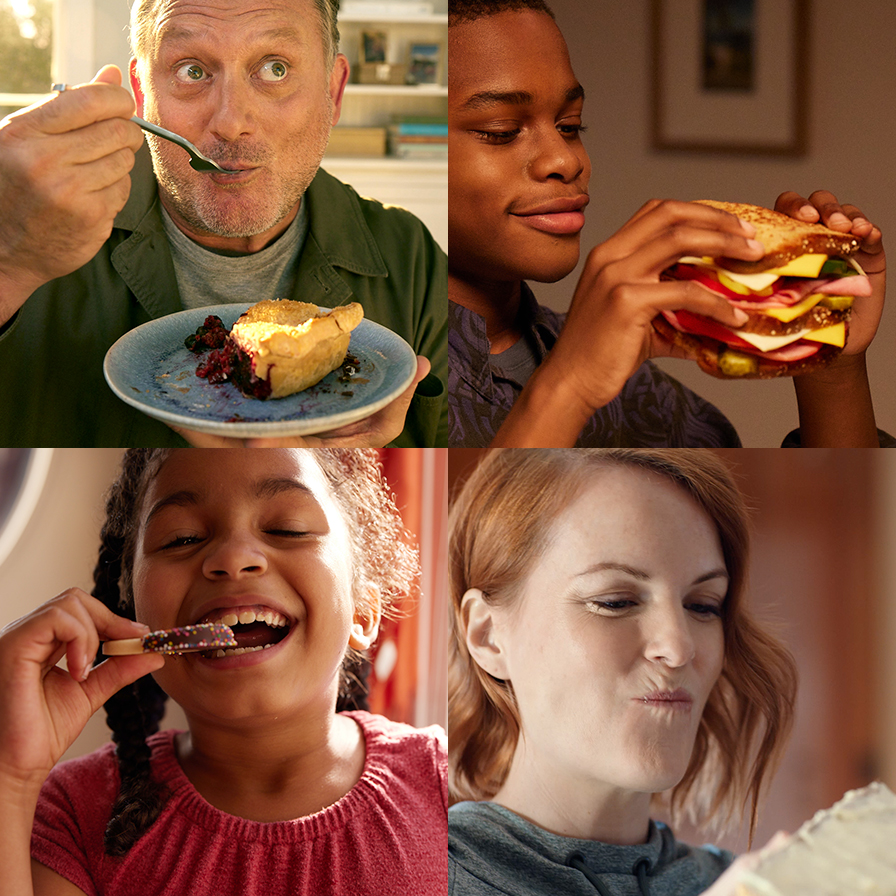 10/20/2021 12:00:00 AM
LOS ANGELES and ARDEN HILLS, Minn. (October 20, 2021) -- Land O’Lakes, Inc., one of America’s foremost agribusiness and food companies, reveals an appetite for work that is bold and different with the first brand campaign created by Battery (Havas Media Group) since being appointed agency of record for Land O’Lakes Dairy Foods retail brands in August.

Buttery baked goods are hard enough to resist as it is. But if you ever needed a reason for that extra bit of butter or slice of cheese, supporting independent farmers gives you permission to indulge. This fresh campaign reminds consumers that when you buy Land O Lakes® products, you are directly benefiting over 1,000 dairy farmer-owners and their communities.

Set to air through programmatic paid video, social media, shopper and the Land O’Lakes website, “Eat It Like You Own It” not only celebrates Land O’Lakes’ progressive 100-year-old farmer-owned, co-op business model – it invites consumers to eat Land O Lakes® products proudly as if you were a farmer-owner yourself.

Directed by Brig of Tool of North America, and shot by Oscar-nominated Director of Photography Rachel Morrison, the good feeling is baked right into the four sunny spots: “Anthem,” “The Perfect Sandwich,” “Cookie Swap,” and “Buttered Toast.” Driven by an abundance mindset, the tagline “Eat It Like You Own It” is the ultimate permission slip to eat the food you love. Because you can feel good about where and who it comes from.

Timed for the brand’s 100th anniversary, this is the first Land O’Lakes campaign to emerge under the leadership of its new CMO Heather Malenshek.

"The consumer and marketing landscape is changing at a rapid pace and we are excited to step out in a bold way with this new campaign for our Dairy Foods retail brands. The work celebrates the most authentic part of who Land O’Lakes is, a farmer-owned co-op, and the enjoyment that comes with eating food you can feel good about."
--Heather Malenshek, Senior Vice President and CMO, Land O’Lakes

"On our initial chemistry call with the Land O’Lakes team, we got a great sense of the true ambition they had and that made the project so appealing to us. This was a rare situation when the client bought the concept from the get-go. Battery went in to the final pitch with the one idea and it hit the brief in a way that laid the foundation: to get people to know about the farmer-owners they are directly benefiting when they buy Land O Lakes® products, and feel good about eating what they love. Not every brand would be as comfortable going in to a final meeting with an agency who was all-in on a single idea. It speaks to how brave and bold Land O’Lakes is willing to be."
—Andrea Schneider, Creative Director, Battery

"Eat It Like You Own It’ is joyful and self-evident. It feels like an unwritten truth, and it’s what we should aspire to do. This campaign narrows it down to small incremental moments of joy, eating those truly satisfying foods that make you feel good – and you feel especially good about who your money is supporting. It applies to everyone, and the overall notion of community, which we all need right now."
—Philip Khosid, Co-Founder & Chief Creative Officer, Battery

About Land O’Lakes, Inc.
Land O'Lakes, Inc., one of America's premier agribusiness and food companies, is a member-owned cooperative with industry-leading operations that span the spectrum from agricultural production to consumer foods. With 2020 annual sales of $14 billion, Land O'Lakes is one of the nation's largest cooperatives, ranking 219 on the Fortune 500. Building on a legacy of 100 years of operation, Land O'Lakes today nurtures some of the most respected brands in agribusiness and food production including Land O Lakes butter, Purina Animal Nutrition, WinField United and Truterra. The company does business in all 50 states and more than 60 countries. Land O'Lakes, Inc. corporate headquarters are located in Arden Hills, Minnesota.

About Battery
Battery’s mission is to create impactful advertising with a philosophy that merges classic marketing principles with Hollywood storytelling and a Silicon Valley work model. The agency has been recognized as one of the Top 50 Fastest Growing Private Companies in L.A. three years in a row and celebrated by Ad Age as an Agency of the Year in 2018, 2016 and 2015. A lead creative agency of the Paris-based Havas Group, Battery has offices in Hollywood, Toronto and Shanghai and creates global advertising campaigns for forward-thinking clients.