Thriving in 'The Middle of Somewhere'

Connection, of people and technology, creates vibrancy in rural America

“The Middle of Somewhere.” This tagline greets visitors to the website of the Aberdeen Development Corporation, a business booster led by Michael Bockorny. Below it, a map shows the proximity of this South Dakota town to larger metropolises: Minneapolis is 273 miles due east, Fargo is 187 miles to the north, Sioux Falls 204 miles to the south. Despite its remoteness, Aberdeen is vibrant, thanks to the connection the railroad has brought it: Nine lines once converged here, and two major routes remain today.
Because of the connection and commerce the railroad brought, Aberdeen has more quality-of-life amenities than you’d expect from a town of 30,000: two colleges, a massive 3M plant, cultural venues and fast food chains, loft-style downtown housing and big-box stores.
Photo above is courtesy of the Center on Rural Innovation
But while its railroad roots earned Aberdeen its nickname as the “hub city,” Bockorny says its future will involve another kind of connectedness: “I want us to be the hub for the virtual.” Through technology, he says rural values — like responsibility to community, creative problem-solving, a solid work ethic, and an entrepreneurial, innovative mindset — can be activated to supercharge the economy, help the people thrive, and keep Aberdeen from becoming the middle of nowhere. 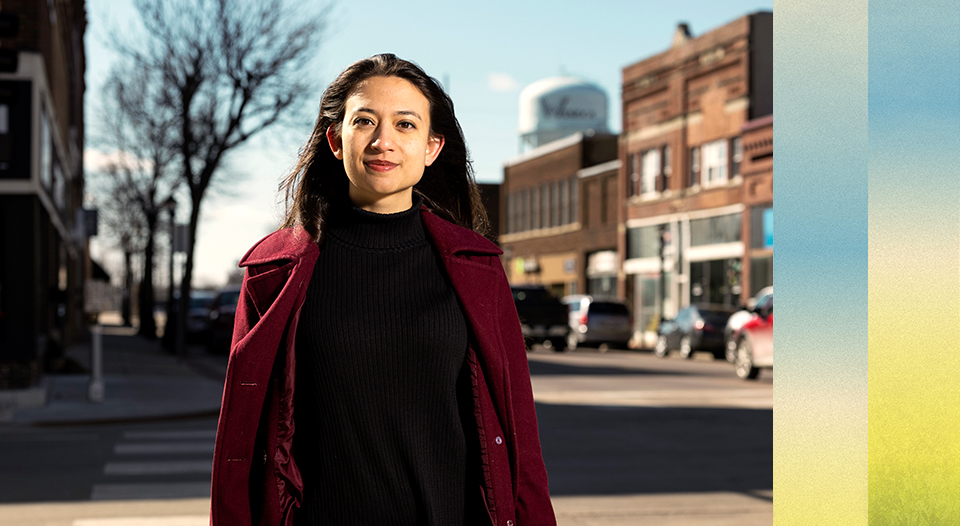 Aberdeen is well on its way. Every residence in town has broadband, as do most rural homes in Brown County, with the rest coming online in the coming years. But to gain momentum, some narratives about rural communities like Aberdeen need to be upended.
One challenge in trying to attract potential business owners to Aberdeen is convincing them to visit at all. “If we get them to come here, they realize that we're not still living in sod houses with outhouses.” Bockorny adds, laughing, “We are domesticated.”
It’s not the only misperception of rural people and places, says Dreama Gentry, director of the Appalachia-based Partners for Rural Impact. “They’re the same basic stereotypes I dealt with 30 years ago,” she says—that rural people are close-minded, that they aren’t educated or intelligent.
Far from it, says Mark Rembert, the Director of Research and Knowledge at the Center on Rural Innovation (CORI). “There’s no lack of ideas or innovation in rural America.” The new CORI report “The Rural Tech Employment Landscape”—based on surveys with some 1,200 rural residents and employers and interviews with 56 rural stakeholders—shows that 59 percent of rural working-age adults found technology jobs appealing, while “a significant portion (41%) have also engaged in some sort of tech-centric education.” And the skills used on the farm, in the mechanic’s shop, or at the local co-op are easily transferable to technology, it states, noting, “As one employer and computer science professor put it, if people have a general understanding of how technology operates and an analytical mind, coupled with willingness to learn and a positive attitude, they can easily make the transition from one programming language or tech stack to another.”
In short, rural workers are eager and ready for the work of tomorrow.
“The conversation around rural America as a future-focused place is often left out of the dialogue,” Rembert says. “Often the framing around rural America is that it’s a place that's stuck in the past. We want to lift up the voices of people who are thinking about—and creating—the future.”
His organization empowers local leaders and organizations by bringing programs, funding, and partnerships to the table, building on the abundance of exciting tech ventures happening across rural America.
“A great outcome,” Rembert says, “would be the sense that, if you're not in rural America, you're missing out on opportunities to be investing in really promising startups.” 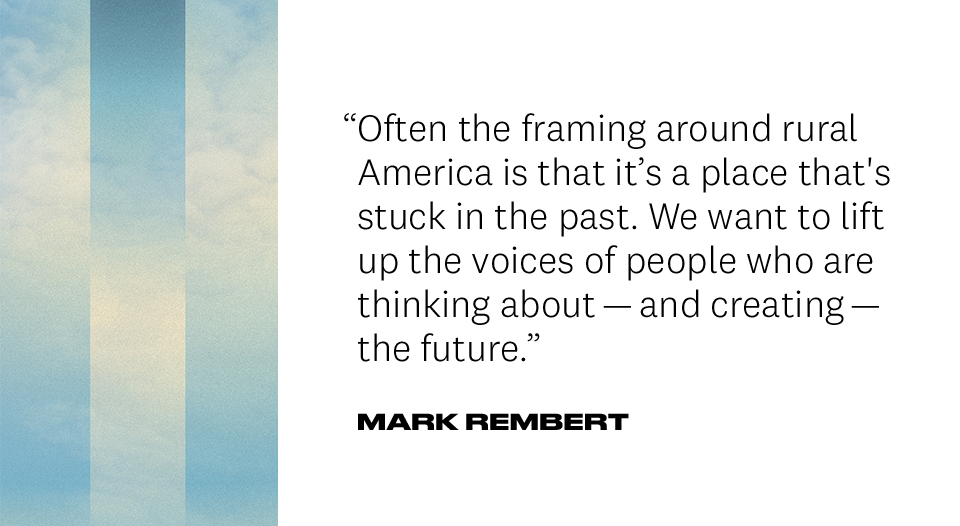 Education is pivotal to making this all happen, says Bockorny. He praises Northern State University’s education, arts, and sciences departments, but he also notes what’s missing: engineering, cybersecurity, and MIS (Management Information Systems) programs. “We don’t have a long history of producing technology-based innovations,” he says. “We want to change that. We view this as another leg under the stool that can help stand up Aberdeen.”
To that end, Bockorny’s team has participated in CORI’s Rural Innovation Initiative, Land O’Lakes’ American Connection Project, and others to become the first American Connection Community. The effort will help create an innovation hub at Northern State, help leaders apply for government tech-related funding, and give local people access to digital skills and tools.
“Our end goal will be identifying more potential innovation and technology businesses; leveraging ideas that students, professors, and others in the region have; and utilizing our VC funds to help them get technology businesses up and running and doing well,” Bockorny says.
But education can’t only be in service to a strong economy, says Gentry. It’s vital for giving rural kids—especially those who are low-income—a path to personal growth and success, period.
“There are organizations that work for a thriving rural economy, and in their work they have to center the long-term place, which means they may not be centering the children of today,” says Gentry, herself a first-generation college grad. “So, for us, ensuring that rural kids today have agency, options, and choices actually makes the work stronger for those working to make stronger rural places.”
That means some young people will move away. “If they end up leaving, we want to make sure it's not because they're running away, but they’re going for opportunity,” says Gentry. “We have to have trust that the place pulls on us and holds us.”
And when they answer that pull, let’s make sure they have meaningful work when they return, says Benya Kraus, co-founder of Lead For America. She believes the idea of “making it” needs to be reframed. Her organization provides paid fellowships for recent graduates who move to small towns to do public service work, and it’s a mission she embodies: After graduating from Tufts, she moved to Waseca, Minn., drawn by a sense of responsibility for the place that sustains her farm family and by the opportunities such communities offer people like her.
“We need to create a narrative of success that returning is not a sign that you failed and couldn't make it in the big city,” she says. “Let’s celebrate the act of homecoming and taking that knowledge and dedicating it to a place that you know and care for.”

In terms of both community vibrancy and economic prosperity, opportunity is rich in rural places for people seeking to enact their values. Bockorny tells of an Aberdeen-based company with a unique staffing situation: two-thirds are city residents, while the rest are mainly spouses of farmers from across the region, working remotely on technology, graphic design, and marketing roles—evidence supporting findings in CORI’s rural workforce report.
“They can do great things from the farm, and now that they're connected through broadband, they're even more valuable. What we want to do is work to connect the skill sets that exist in the rural parts,” he says. “If this company continues at their current pace, in five years they’ll probably have between 150 and 200 people.”
When it comes to impact, Kraus is most excited by what rural work can mean for the careers of young people and the change it can bring to their communities.
“Particularly for the recent college demographic, I’d say the level of authority and responsibility that you can take on moving to a rural place is pretty tremendous,” she says. She cites one Lead For America fellow who became the director of a city’s community planning department at age 22, and another who was recently elected the youngest-ever city commissioner in Marquette, Mich.
Where passion, leadership, and ideas converge – in hubs like Aberdeen – entrepreneurship and ideas thrive. They make rural America stronger. A fitting example for all communities, not just those in rural America.