Rural is key to climate resilience

From carbon capture to soil conservation, rural Americans are working to solve the biggest challenges we face

We often think of climate solutions as an urban concern — community gardens, public transportation, green energy. But dig a little deeper and you’ll find that rural America plays a key role in addressing climate resilience.
In fact, if you ask Tom Ryan to share the stories of some rural communities that have led the charge on climate solutions, chances are he will smile and say, “How much time do you have?”
It’s a fair point considering the ag expert and newly-appointed President of Truterra, the sustainability business unit of Land O’Lakes, is a 23-year veteran of the ag cooperative model and co-owns a 1,200-acre family farm in southwest Minnesota. Part of the success of Tom’s corn, soybean and hog operation is thanks to his focus on applying technology to maximize yield and on-farm sustainable practices.
“I believe that the future of agriculture is in our hands. With a few months as President of Truterra under my belt, I’ve never been more optimistic about the opportunities we can create for farmers to better feed a growing world through the adoption of climate-smart practices that benefit their operations, the environment and their communities,” said Tom Ryan.
Now that he’s leading Truterra, Tom is driven by an approach that gives farmers the financial and educational support they need to achieve noteworthy results.
Those results are happening in real-time at Rancho Teresita Dairy in Tulare, California. Having already implemented such energy-saving measures as 10 acres of solar panels and a fully recyclable water supply, Allison and Case Kasbergen decided to secure their biggest investment yet: a methane digester capable of turning cow waste into natural gas.
“We bought it to be more environmentally friendly,” explains Allison, “and to show that farmers can be open to new ideas, and do what everybody wants us to do to be sustainable.” 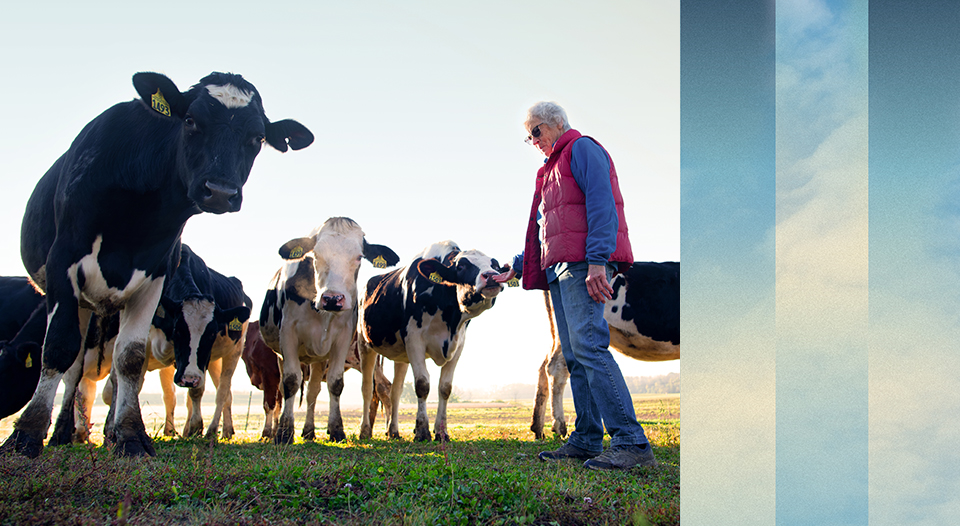 This comes up a lot in conversations with members of the ag industry: the fact that Americans expect more than just quality food from our farms. We also expect farmers to meet, and often exceed, a moral obligation to the environment itself. While many farmers welcome this challenge because it benefits everything from the land to their bottom line, they’ll also tell you that rural communities embraced sustainability well before it became a buzzword.
A sobering fact sheet by the American Farm Bureau Federation, for one, claims that “careful stewardship by America’s food producers has spurred a 34% decline in erosion of cropland by wind and water since 1982.” An overwhelming majority of which — 98% — are operated by prideful families that produce 86% of the country’s agricultural products.
“There are people here who have been doing no-till farming as long as I’ve been alive,” says Cammie Vaupel, a conservation agronomy specialist for the Kansas-based American Plains Co-op. “They never knew anyone called it ‘sustainability’; they did it because it’s good for the soil and their surroundings.”
Things aren’t that simple within the booming carbon credit market, however. The truth is that every time you see a ‘carbon offset’ mentioned in advertising, it’s often created by a farmer adopting practices that remove carbon from the atmosphere by sequestering it in the soil.
Meeting certain benchmarks on the path to monetization takes a lot of long days and closely monitored data. American Plains Co-op helps crunch these numbers and recognize progressive farmers for their conservation work, whether they started using cover crops a decade ago or finally reduced their tillage rates last year. Both are barometers for the long-term health of the soil and a farm’s broader community.
Co-op members that show a marked improvement in the carbon levels of their soil, and pledge to maintain that plan moving forward, can then participate in a carbon sequestration program with financial incentives that help offset a mercurial commodities market and unpredictable climate patterns.
“And the better your farm does,” explains Vaupel, “the more money you have to put back into your community. I think everyone's more on board than ever with the attitude of ‘we’ve all got to do better.’”
The New York Times recently declared carbon credits “the latest farm product” last fall — a proven way for progressive credit purchasers to support farmers and battle climate change. According to writer Elizabeth G. Dunn, “at least a dozen entities [are] at work on systems to pay farmers for reducing the use of carbon-intensive nitrogen fertilizer, planting cover crops to draw carbon dioxide into the soil and avoiding the tilling that releases it back into the atmosphere.”
This collective march toward measurable change makes perfect sense when you consider the vast, untapped potential for sequestered carbon within rural America. According to a spring 2022 report from London’s Business Research Company, North America accounted for 34.3% of the entire carbon capture, use, and storage (CCUS) sector last year. To help put that number in perspective, the global CCUS market is expected to grow between 17.4% and 17.6% over the next five years, bumping last year’s $1.62 billion up to $3.62 billion by 2026. 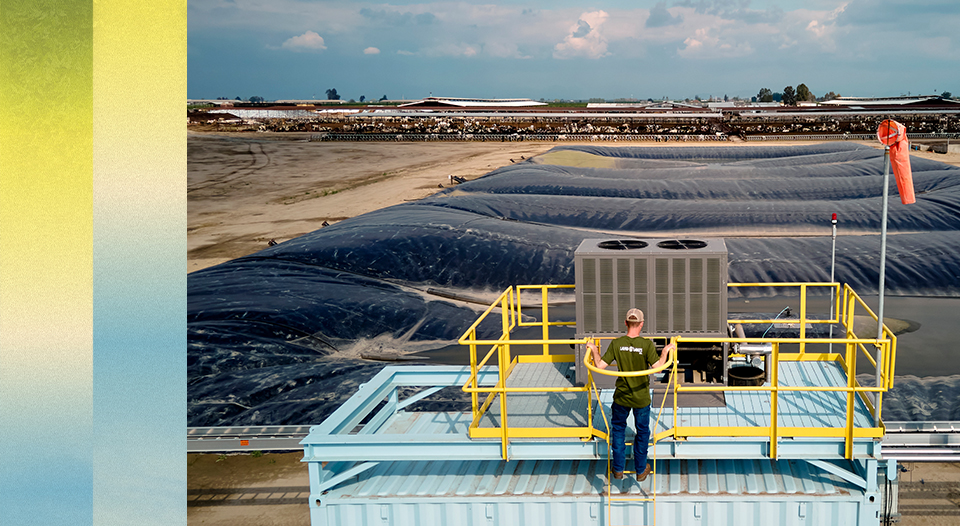 As the chief scientific officer at the Soil Health Institute, Dr. Cristine Morgan is heavily involved in the complex process of monitoring conservation efforts and making ambitious CCUS campaigns a reality across rural America. The way she sees it, “The most important thing we can do right now is improve our soil health, because our soils are being asked to do more and more. We're going to be asking them to not only produce more food but produce it in a more antagonistic climatic system.
She continues, “It’s like people. If we exercised more, and ate more broccoli, we'd be healthier and able to perform even better than we do today. That's what our soil needs; it needs its exercise, and it needs to eat its broccoli."
Indiana-based farmer Fred Uhl, who is a Truterra soil-carbon grower, is already seeing the benefits of good soil-health first hand. He told Land O’Lakes, Inc. CEO Beth Ford and other member-owners at a meeting earlier this year that “yields have improved 40% from when we started no till [and] going through all the changes we have made. Yields have improved. Soil health has improved.” He cited an example, “This past year we used barley as our cover crop. we went through a six week period--a good amount of the growing period from July to August--where we didn't get any rain. We still had yields comparable to the previous year. I attribute that, that we had something there to help hold the moisture that was there.”
With so many varied organizations and operations tackling these issues, therein lies the key to long term change: working together to create sustainable opportunities for farmers everywhere  rather than simply “urban” or “rural.” Caitlin Keck has witnessed this dichotomy firsthand, both as a farmer — she grew up on a dairy farm in Owatonna, Minnesota — and a marketing & communications expert at Environmental Tillage Systems, Inc. The company’s SoilWarrior equipment line handles strip tillage and fertilizer in the same path, which helps its customers save on tractor hours, labor, and fuel.
“The agriculture industry is very innovative,” says Keck. “We have to be; less than 2% of the population feeds the world now. The red barn with a few chickens and pigs is not a traditional farm anymore. It hasn’t been since the early 1900s.”