This is a story about a country struggling to recover from economic downturn due to years of strife and conflict. It’s about small-scale farmers who had to build customer trust in an environment with little marketing power and with new quality standards.
It’s a story about how the name Land O’Lakes became synonymous with cooperative success and national unity of farmers. It’s about the power of agriculture and how farmers had to come together with a united voice to survive in the age of big business.
Now, here’s the question: Is this story about the United States or the East African country of Rwanda?
The answer is, of course, both. 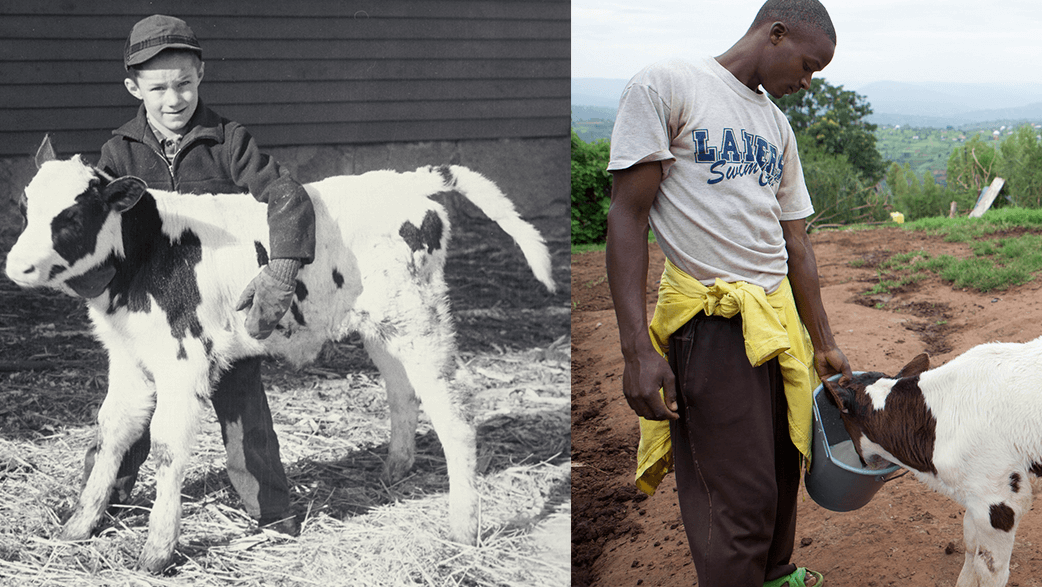 Following World War I, interest in cooperatives increased in the U.S. as many people started to identify them as an avenue for economic growth in rural areas. Following the tragic genocide in 1994, the Rwandan government recognized agricultural cooperatives as a form of healing and democratic reform.
Though we may be thousands of miles apart with different cultures, our countries were both built on the backs of farmers who came together to do good. 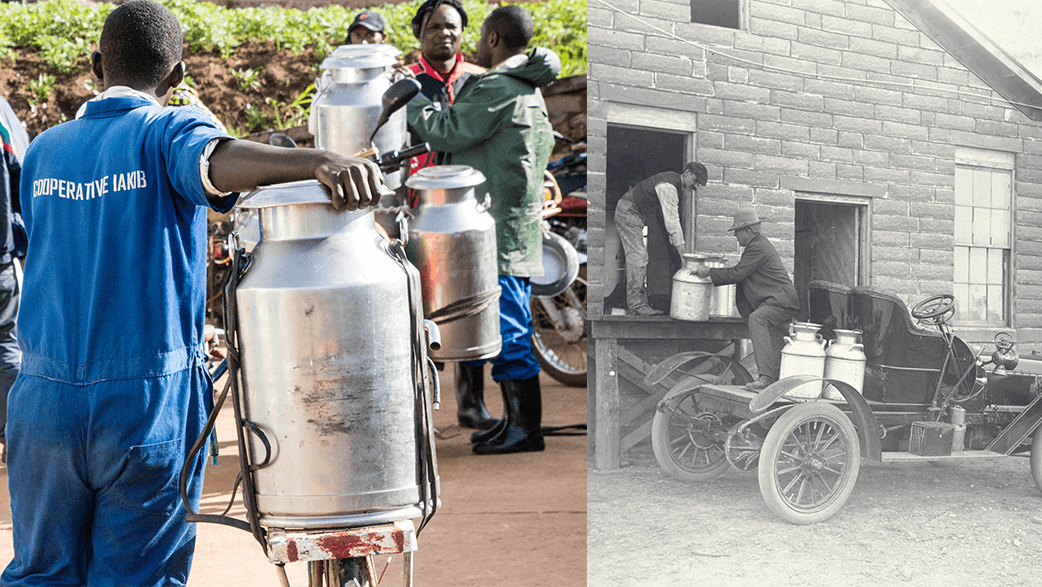 Today, more than half of Rwanda’s population -- over 55 percent -- are members of at least one of the country’s nearly 9,000 cooperatives.
Land O’Lakes Venture37, a global development nonprofit affiliated with Land O’Lakes, Inc., has been working with cooperatives in Rwanda since 2007 in a series of agricultural and cooperative development programs funded by the U.S. Agency for International Development (USAID).
IAKIB is one of those cooperatives. Originally started in 2011 as small dairy cooperative, IAKIB has grown into one of the premier dairy cooperatives in Rwanda with nearly 2,500 members. One of the things that made the biggest differences was a focus on improved product quality -- from collection, to cooling to storage. Quality of dairy products was also something cooperative farmers in the U.S. had to take measures to improve. 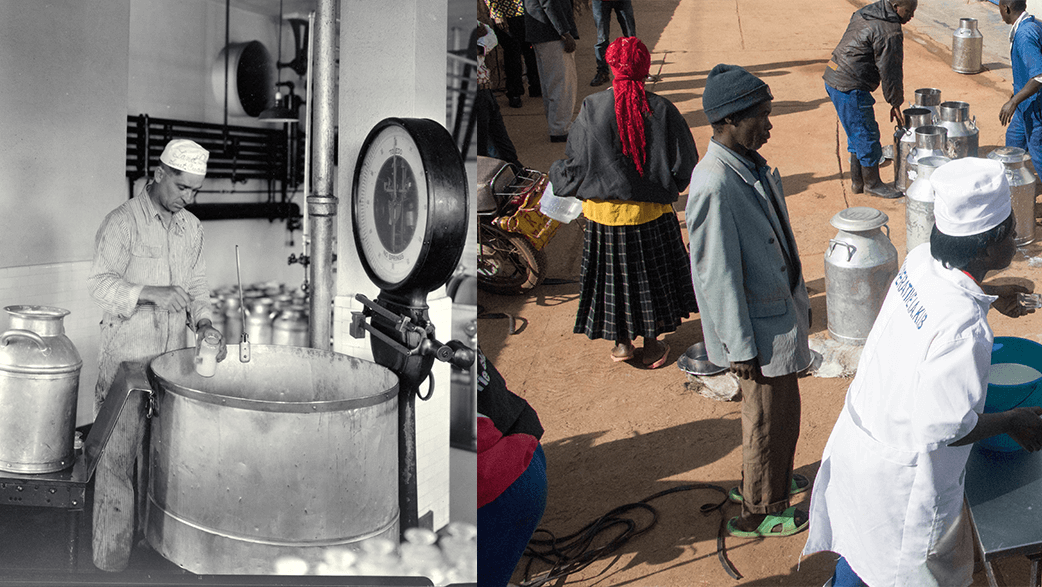 In the 1920’s, dairies in the U.S. started using cooling tanks and pumps -- enabling them to bring good quality dairy products to family dinner tables. One of the major ways that Land O’Lakes, Inc. worked to build and maintain its reputation amongst consumers in the 1920’s was to broadcast on the radio about improvements in butter quality. After the initial broadcast, 1,500 listeners wrote in with letters, praising the show.
Almost 100 years later in Rwanda, Land O’Lakes Venture37’s USAID Rwanda Dairy Competitiveness Program II also leveraged radio to educate Rwanda’s rural population about the nutritional benefits of milk. With nearly 70 percent of Rwanda’s population living in rural areas, these shows have a unique ability to reach audiences, no matter the continent or time period.

The story continues through sustainable businesses

Today, Land O’Lakes Venture37 is working at another level in Rwanda, helping to create the infrastructure necessary to make sure the cooperative legacy can live on across the East African region: including improving access to finance for farmers, training cooperative leaders on good governance practices and gender advocacy work, and advocating for cooperative legislation in Rwanda.
If that sounds a bit familiar that may be because it’s a mirror of what Land O’Lakes, Inc. is doing in the U.S.
We offer financial service, provide training to current and future co-op leaders and advocate on behalf of our member-owners at both the state and federal level. Why? Because we know cooperatives are economic engines, powered by farmers -- both here and across the world. 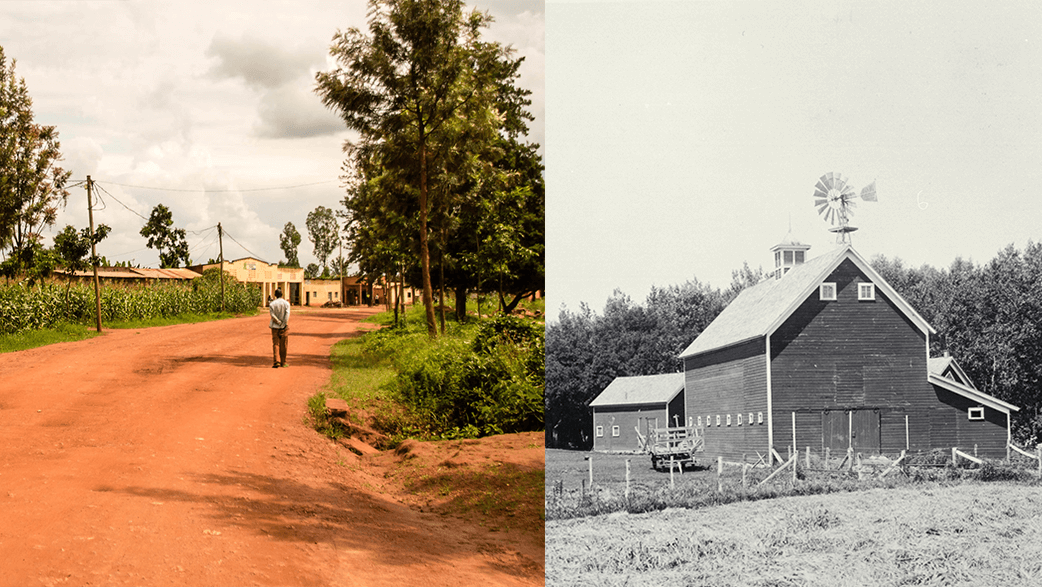 Land O’Lakes, Inc. was charting its own course in the agriculture sector back in the U.S. in 1921. Today we’re proud to be both a Fortune 200 company and a farmer-owned cooperative with dairy, ag inputs and animal nutrition expertise.
In the 1920’s, we never could have predicted where we would grow. And, just as it did in the U.S., cooperative development is pushing Rwanda forward.
This story just shows what can happen when a country’s farmers are empowered and come together. It isn’t magic -- it’s agriculture.

A promising feed partnership in Kenya