There's a small jump seat next to the driver’s chair in the cab of Jim Nash's tractor. It's still firm and has no wear on the fabric. That's to say, he rarely has a passenger - even a partner - to help during planting season. He's the lone drifter among 1,600 acres of land he farms in Southern Minnesota.
"There has to be a support group or something for guys like us."
That's the joke Nash makes at his own expense. He likes working the land alone. How does he do it? If you ask Jim, he attributes his ability to farm on his own to one thing: ag-tech.
In high school, Jim Nash purchased his first tractor for $700 -- a good chunk of change in the 1970s for a 1948 Farmall M. Even if you don't know farming you have most certainly seen this iconic tractor -- a bright red, narrow front piece of machinery.  Nash still owns it, he's still proud of it -- and even had it repainted to look as it did in 1948.
"I remember planting my rows with it. My back was sore, my shoulder hurt. I did all I could to keep the darn thing straight in the field," Nash smiles while telling the story.
Keep in mind, no power steering on those. The tractor he plants with now has autosteer, five digital screens in the cab and an iPad connected to wi-fi to provide real-time satellite imagery and crop mapping. Nash can tell, to the inch, how far off his planting is from the previous year. If he's off that inch, he'll correct course by pushing a single button.
Jim has been enrolled in Central Farm Service’s ag-tech platform since 2006. Central Advantage GS started in 2003 with a handful of growers and now spans 230,000 acres across southern Minnesota. Partnering with Jim on his operation has allowed him to verify that the management practices he’s trying or using, are providing him a solid return on his investment while improving the soil health. Through the program, Jim also uses variable rate seeding and nutrient prescriptions to maximize, and sometimes reduce, inputs -- depending on how fertile the ground is.
"I spent 36-hours in this tractor once, planting. There is no way I could ever do that without all the technology and mapping that I use today." Nash remembers back to when he started recording crop yields and keeping data on each field from planting to harvest. "Remember floppy disks? Yeah, I have a few of those from way back when with all my crop data." 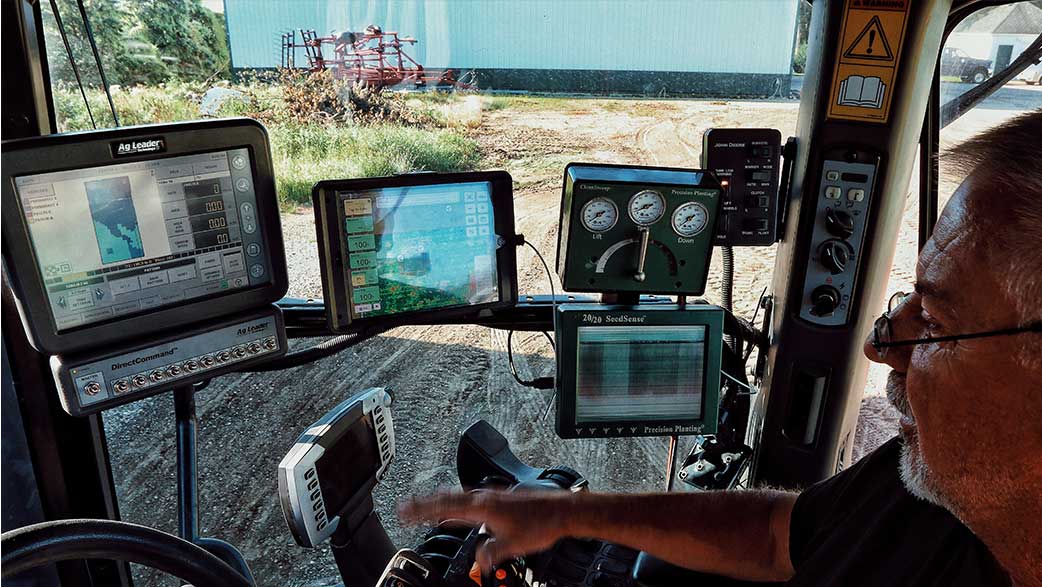 If he was the type of person to stay set in his ways, there is no way he'd be able to do what he does today. He’s always known that but changing your ways and challenging your on-farm practices is not always an easy thing to do.
"Oh, I hear it all the time. ‘My dad did it this way’ or ‘I was taught this way so that's how I am going to do it,’” Nash recalls. “Well, today that doesn't always work."
Nash is grateful to his dad, who taught him the ways of working the land, but he’s always looked for new ways to do what he knows best, better -- for his business and the environment.
Take strip-tilling for example. It's a conservation practice where, instead of plowing or tilling the entire field, Nash only tills a small strip of land where he plants his seeds. The practice helps prevent erosion and helps keep nutrients where they belong in the soil. He's even experimenting with no-till planting and cover crops -- which are primarily grown to enrich soil health. They add fertility to the soil without chemical fertilizers and can help reduce water runoff and erosion.
"The biggest perception I think is that we are ruining the land and the water," Nash says. "We live out here. We're not just tourists. Sure, there are bad actors but most farmers I know truly care about doing right by the land."
Farmers have always taken pride in being stewards of their land. Nash knows that, but still takes every opportunity to make sure others outside of farming know too. His land is along one of Minnesota's busiest interstates, so he put up a sign that reads: "Farmers Find A Way."  It also displays his farming partners in sustainability that include Land O'Lakes SUSTAIN and Central Farm Service, a Land O'Lakes retail owner.
The sign identifies Nash’s land as a "Minnesota Water Quality Certified Farm” It's a voluntary program to implement conservation practices. Nash only had one problem when he received the sign to put on his land, the size. Nash laughs through telling you why. 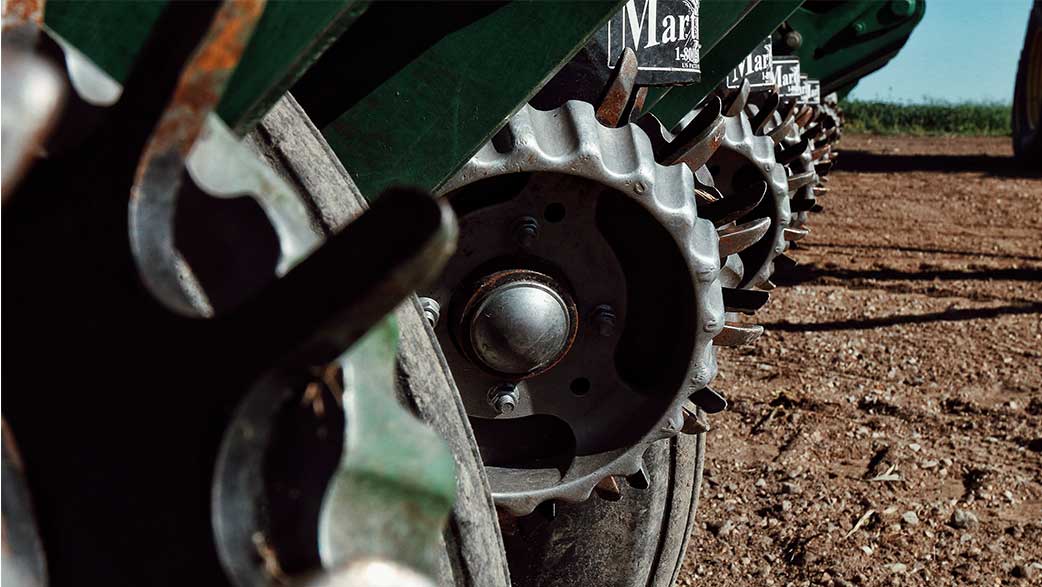 "I'm on the main interstate here. I wanted everyone driving by to know that farmers do care. So, I wanted a bigger sign." He got it and he's happy to entertain questions by neighbors, people driving through - even a bus of school kids coming by to learn about his farming practices.
His commitment to using ag-tech and sustainable farming, Nash says, continues to keep him profitable. That’s not to say he always gets everything right.
"When I think something is good in theory, I'll try it for 3 years," Nash says. "The first year if it doesn't go right, I figure I'm the problem. I did not know how to manage it. If I can't make money in 3 years, then I'll bail on the practice or technology."
At 58, Nash isn't the guy who runs out and buys the latest and greatest "cell phone" as he puts it. He treats his farming operation the same way. If the new tool or practice is useful, more efficient or makes his life easier, he's onboard. If not, he moves on.
This approach has served him well as we work to prove that farmers, indeed, always find a way. Even farmers who spend most of their time alone in a tractor.

Here's how data is advancing agriculture -- near and far

Truterra, the engine set on being the solution to more sustainable agriculture