Long-time John Brandt Scholarship board member retires from board position

Terry Anderson served on the board for 43 years 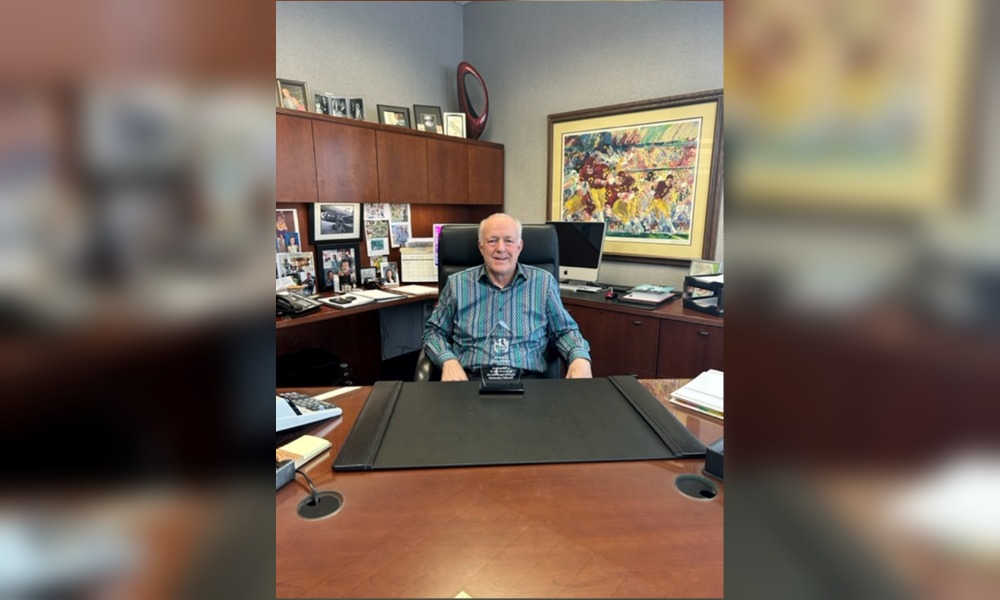 Terry Anderson, a long-time board member for the John Brandt Memorial Fund Scholarship Committee, has retired from his position on the board after 43 years of service.
The John Brandt Memorial Fund Scholarship program supports graduate students pursuing work in dairy science, dairy foods, marketing or any other dairy-related field of study at one of four eligible institutions: Iowa State University, South Dakota State University, University of Minnesota – Twin Cities and University of Wisconsin-Madison. Since 2006, the scholarship committee has awarded more than $900,000 to nearly 40 students working toward advancement and betterment of the dairy industry.
The scholarships are awarded in memory of John Brandt, an industry organizer who formed and remained president of Land O'Lakes, Inc. until his death in 1953. The Land O'Lakes Foundation awards at least one scholarship each year to students who have demonstrated exceptional commitment and aptitude toward their field of study.
“John Brandt was instrumental in the development of Land O’Lakes and First District, and he fought to make sure we could expand this industry,” Anderson says. “This scholarship has been incredibly important to the dairy industry.”
Anderson has a long and storied legacy in the dairy industry, dating back to 1911 when his grandfather began working in the trade. Anderson was asked to join the John Brandt Memorial Fund Scholarship Committee in the late 1970s by First District Association, a dairy cooperative based in Litchfield, Minnesota. During his time on the board, he oversaw the growth of the scholarship and eventual transition of the scholarship to the Land O’Lakes Foundation.
In honor of Terry Anderson's 43 years of service on the John Brandt Memorial Fund Scholarship Committee, the Land O’Lakes Foundation made a $1,000 donation to the nonprofit of Terry’s choice, Meeker County Emergency Food Shelf.