There is a thick haze in the air at 5:45 on a November morning in rural Pennsylvania. It’s a little misty, foggy and damp on the tail end of what has been a rainy month. For the most part it’s quiet on Reinford Farms, but only for a few minutes as some workers show up and begin their shifts. Bob, the herdsman, is already in the parlor taking notes about the farm’s milk intake.

Meanwhile, outside the milk house there is the faint sound of tires rolling up the driveway.

Of course, because the farmer who runs the business end of the operation lives only about 300 yards away. It’s the farm where he, his brothers and sister grew up. The man pulls up dressed in overalls, a knit hat and hooded sweatshirt. It's still dark outside, so you can't really make out his face with a backdrop of beaming lights through the windows of the milking parlor. 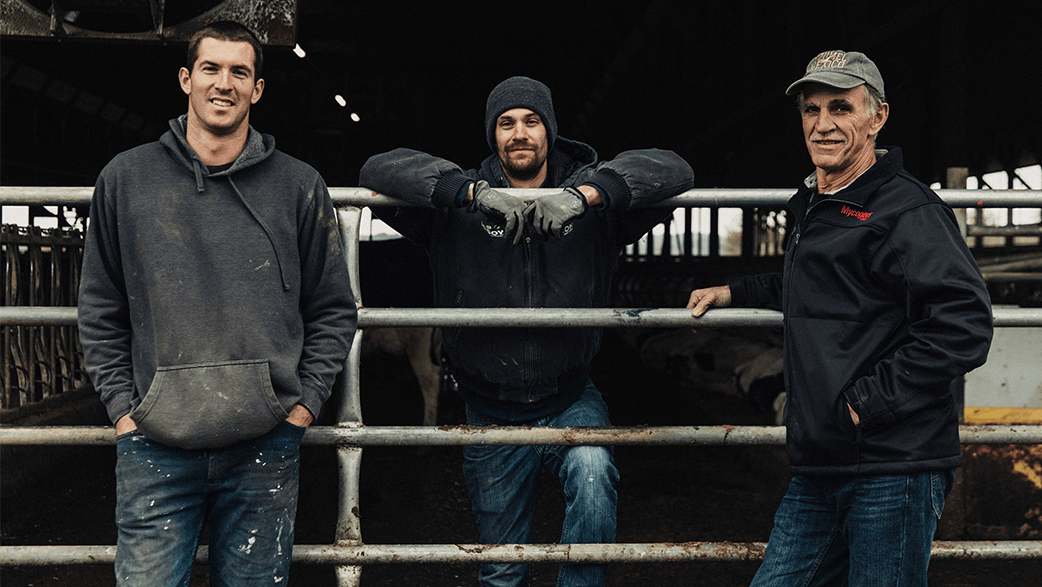 The journey from observer to operator for Brett Reinford was never certain. Not unlike many farm kids, he and his brothers and sister were encouraged to leave the farm, get a new experience and see what life is like elsewhere. He won't speak on behalf of his brothers Drew and Chad but he's candid in sharing that, "at one point I wanted nothing to do with farming. No thanks."

It's a hard profession that's less like a job but more resembles a lifestyle. You must be committed. In fact, Brett happily took the advice of his parents and attended Hesston College in Kansas. He later moved to Colorado and studied business at Colorado Christian University, where he met his wife.

"I'll be honest, I was kind of resentful when I left the farm,” Brett says. “I was like, this is just so much work and for what?"

So the path was set—no more farming. Brett was done. He got a corporate job in Minneapolis after graduation. His mom describes it as somewhere “in a high-rise downtown.”

His youngest brother Drew took the same advice and became a skilled carpenter and cabinet maker for top dollar homes in and around New York City. Their other brother Chad drove truck and had started his own farming operation but was still involved in the family business managing the crop production side of things.

Let it be said—there was no promise that all three Reinford boys would ever work at the same operation again let alone carry on Reinford Farms. 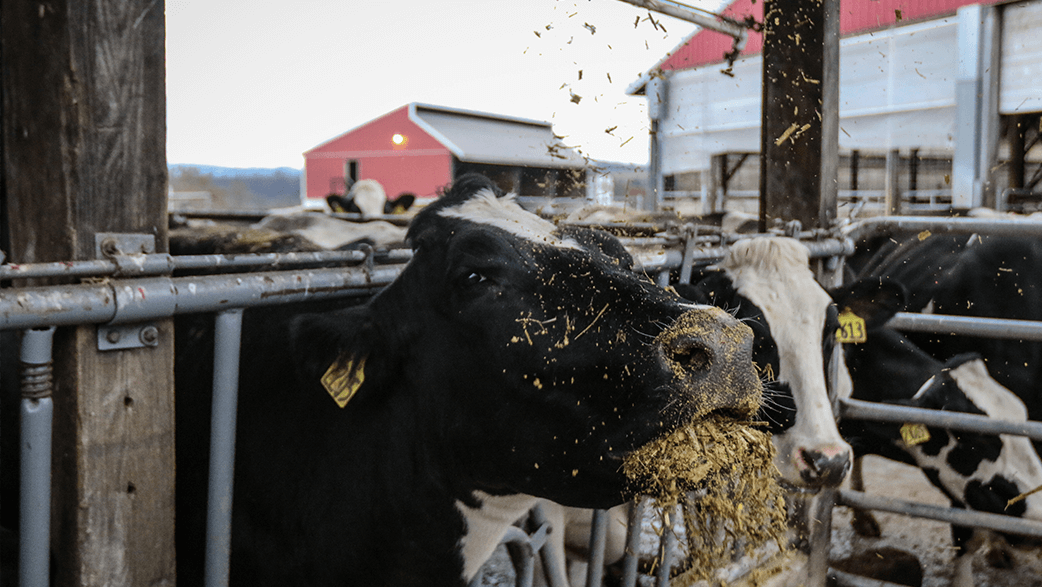 One of nearly 700 cows on the Reinford operation

The Generation before them

"I'm the guy that owns the place," Said in a gleeful way with a big grin, a warm welcome and a handshake.

This was my first encounter with Steve, Brett's dad, who at 63 is still the farm’s primary owner along with his wife Gina. They started dating after being in someone else's wedding together and have made it to almost 38 years of marriage themselves.

She quickly jumps in laughing to finish what he’s trying to say, "he just loved my hair.”

They’re sitting next to each other in the business office just a few feet away from where the cows are being milked. They've come a long way from the farm’s initial 57 cows, one tractor and a plow. The operation now includes 22 employees cultivating 1,400 acres and nearly 700 cows producing about 50,000 pounds of milk per day that’s shipped to the Land O’Lakes, Inc. dairy production facility in Carlisle, Pennsylvania.

Both Steve and Gina wanted what was best for their kids—even if that meant not farming. Secretly, though, they hoped at least one of them would take it on.

"Of course, you quietly hope for that," Steve says. "But I kind of thought Gina and I would be it. That we would be the last to run this farm."

Still, Steve says he never pushed his kids or ever begged them to come back.

“I figured I would just go until I couldn’t anymore. I have been very happy with what we’ve done,” he says. “For a long time, I thought we would just sell the farm and hang it up.” 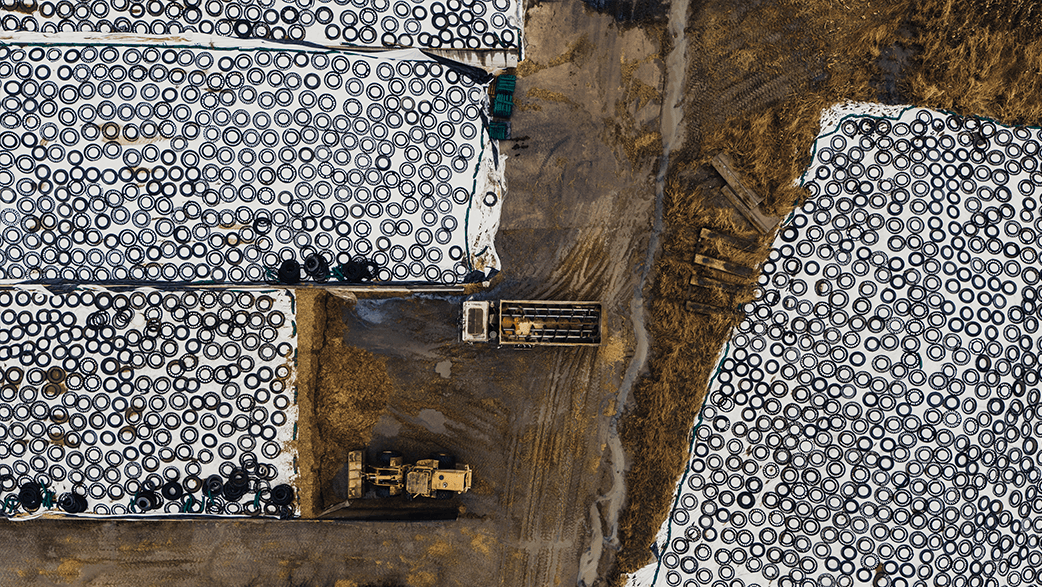 An aerial view of silage

As time went on, their sons continued charting their own path and their daughter headed to school in California. Brett was still talking to his dad about sustainability and operating an environmentally friendly farm. It’s something he became interested in back in 2005 when a professor brought up the topic to his environmental studies class.

Several conversations with Brett prompted Steve to take a hard look at the idea of installing an anaerobic methane digester. In simple terms, a piece of machinery that captures the methane from the cow’s manure and converts it to energy used to power the farm while retaining the solid waste for fertilizer. Any remaining power back is sold back to the electrical grid.

"I like to give my boys space. If they have an idea I usually let them run with it," Steve says. "In this case, though, Brett wasn't here to run with it. But we did think that, to be a profitable business, we had to think differently."

When the digester finally became operational in 2008, it piqued more interest from Brett, who was still living in Minnesota. One year later, Drew moved back to Mifflintown to help on the farm where today he runs much of the feed operations and mechanics.

There was one more piece left—Brett. 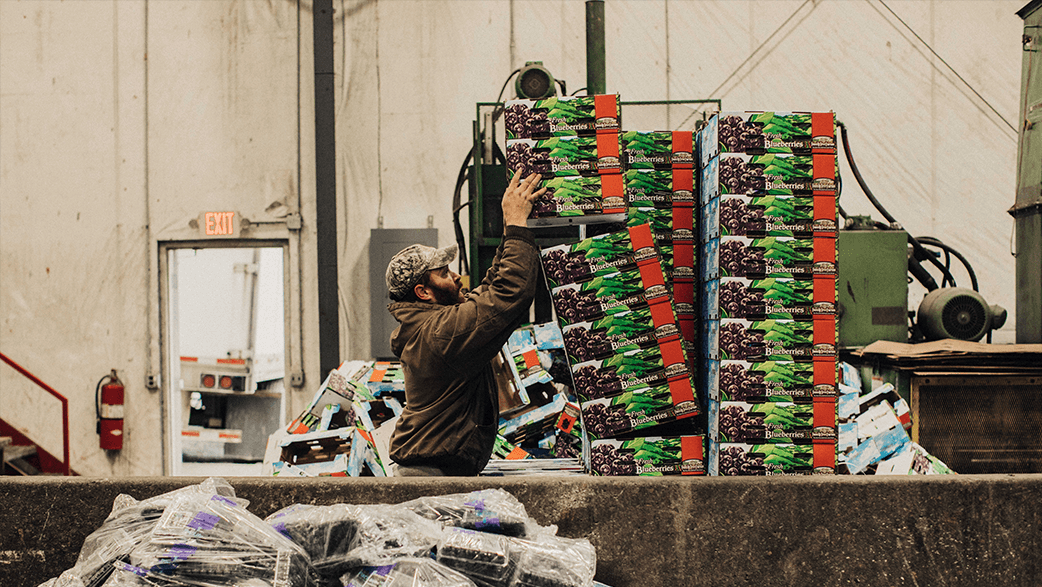 Time to jump back in

Almost five years had passed since Brett left the farm. He admits he was slowly becoming more and more interested in moving back. It wasn’t because things were the same back home—it’s because they were different. There was a renewed commitment to being the sustainable, diverse and progressive operation he had always talked about with his dad.

This thinking led to the idea that food waste from local grocery stores could be recycled and processed through the methane digester, which could further diversify the business. There was the sense of excitement building because Brett saw a future in farming.

It was time. Brett and his family left behind the frigid winters of Minnesota and headed for Western Pennsylvania.

All three brothers were again working where they grew up. The next generation was ready to think beyond what was in front of them.

“It’s the reason we’re all here,” Drew says. “We wouldn’t be here if not for major investments in technology. No one could run this by themselves, either. We all work together.”

On top of their methane digester, in which they process 12,000 gallons of manure per day, Brett ushered in the practice of accepting food waste from 15 local grocery stores and food manufactures. On the farm, they’re able to take that food waste and turn it in to renewable energy.

Reinford Farms diverts between 6,000 and 12,000 gallons of food daily—combined with the manure processing it's enough to power their entire farm and 100 homes. Beyond the environmental benefits, the digester also serves as a major cost savings initiative, which contributed to the farm receiving the 2018 U.S. Dairy Sustainability Award from Innovation Center for U.S. Dairy.

"We believe meaningful sustainability is farmer-owned and farmer-driven. We are proud to recognize farmers like the Reinford family who are on the cutting edge of conservation and sustainability,” says Matt Carstens, senior vice president of Land O’Lakes SUSTAIN. “Together, we are creating stronger connections between consumers and those who work hard to feed them, where consumers understand and trust that the food that they’re eating is being grown in a way that’s good for the planet and for the farmer.” 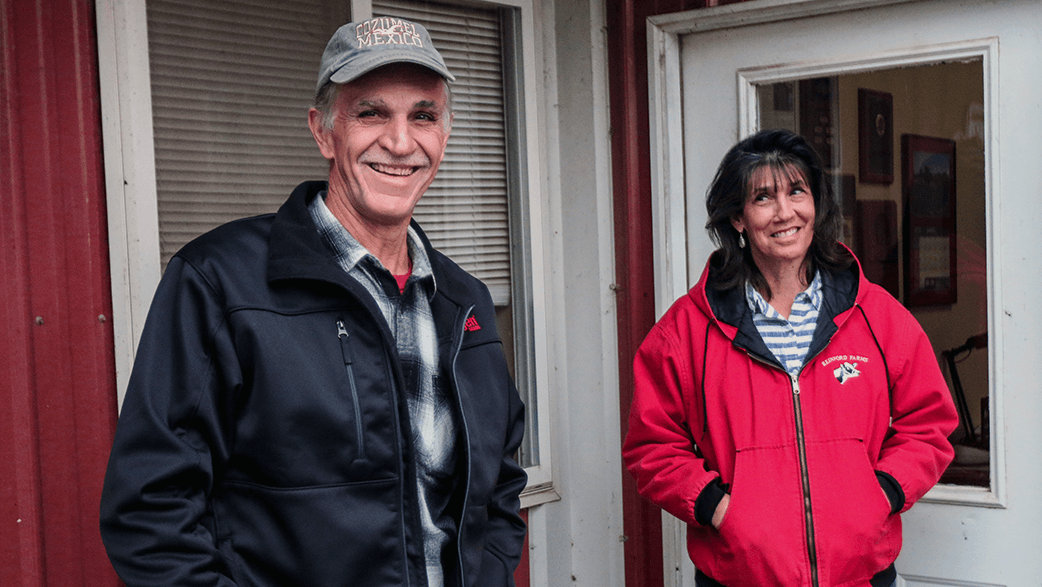 Always looking for what’s next, the farm purchased a de-packager that allows them to accept prepackaged food waste and remove the packaging before adding the food waste to the digester.

“The farm has given us a good launching pad to do other things,” Brett says. “Personally, I wouldn’t be here if all we were doing was milking cows.”

His brother Drew agrees, “We all left and gained a different perspective. Then each of us brought that back to the farm.”

It’s what has helped them maneuver the ebbs and flows of a volatile dairy market, making money in other areas to help offset low milk prices. Plus, it helped reignite the passion of the next generation.

“People always ask me how I got all my boys to come back,” Steve says. “I didn’t treat them like an employee. I let them figure it out and run with what they were interested in.”

Make no mistake, the Reinfords are not immune to the realities and sometimes frustrations of farming. When taking a walk past the barn Brett points to the tractors and combine that were not in the field because of a wet fall. (“See that million dollars or so just sitting over there not being used today?”) Idle machinery and the bad weather, the curse of any farmer.

All three sons have kids of their own now, growing up like they did on the farm that’s about an hour northwest of the Pennsylvania capital of Harrisburg. They have plans to install another methane digester and continue building the operation together.

Chad and his family have their own farm about four miles away, but he still manages all the crop production at Reinford Farms and raises the young stock on his own land. Drew’s family is about two miles down the road.

As for Brett? Well, he drove that golf cart to work so he and his family, you know, are pretty close by.

Steve and Gina still live in their renovated colonial style home about 25 yards away from the milking parlor. Everyone has their space and Gina seems to think it will stay that way.

“No one wants to live in the farmhouse. That’s just a little too close for them,” she jokes.

But that’s not stopping each of them from leaving their fingerprints on the operation. While it hasn’t come together overnight, enough pieces have been put in place to survive, sustain, innovate and—maybe one day—pass the farm on to their own kids eager to leave their mark. 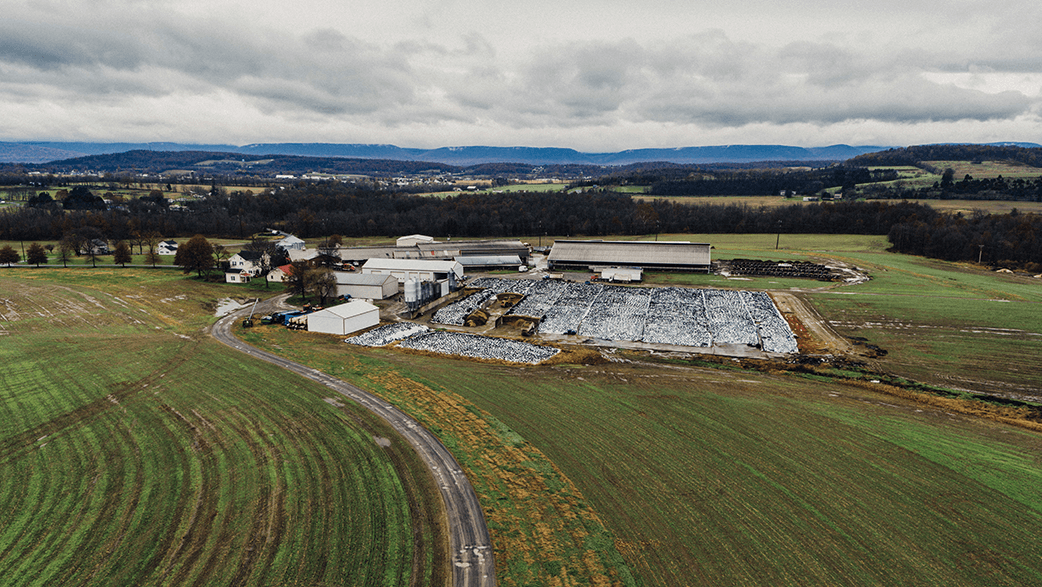 A promising feed partnership in Kenya