Cypress Evans and John Trotter are each parents. Cypress has a three-year-old son who is about to enter pre-school. John has a 12-year-old son who is making the move from elementary school to middle school. Like many parents, Cypress and John knew they didn’t want to miss key milestones in their son’s lives, but they worried about traditional work schedules getting in the way. That’s when they both found a listing at the Land O’Lakes Plant in St. Joseph, Missouri that sounded too good to be true.
“Part-time shifts on your schedule, not just ours,” it read. The job description for the “flexible part-time operator” also said there was no experience required.
“I applied immediately because I knew I didn’t want to miss out on this type of opportunity,” Cypress said. “I am a single mom, so being able to make my own hours was perfect for my family.”
“I applied right away too,” John said. “I knew this would help me make sure I could help my son during a big transition in his life.”
Although neither of them had manufacturing experience, they each got a flexible job.
Cypress and John are far from alone in wanting a job with a better work-life balance. In a recent McKinsey survey, 64% of those with children said the demands of childcare made it hard for them to effectively perform their work, and 33% cited taking care of family as a reason they wanted to work part-time. Women were 2.3 times more likely than men to express that desire. But it’s not just working parents. In a survey by Prudential, one-third of workers who switched jobs during the pandemic took less pay in exchange for better work-life balance.
In early 2022, St. Joseph’s plant became the first Land O’Lakes manufacturing facility to offer a program that would allow full-time and part-time workers to choose their own hours. Director of Manufacturing Brandon Calvert helped develop the prototype as millions of working parents left the workforce during the pandemic due to schools transitioning to distance learning, among other disruptions. Brandon says because of this, manufacturing facilities across Land O’Lakes were left with a number of job openings which in turn left current employees working more overtime than desired. 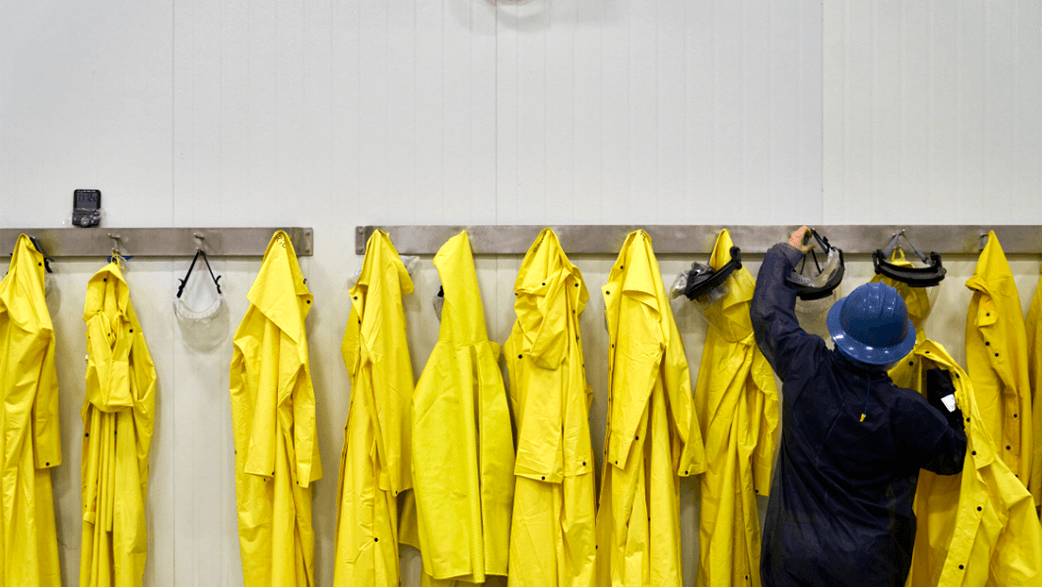 “They really hung in there and we are so grateful for their hard work,” Brandon said. “But the employees at the St. Joseph site have been very candid with us. They started to ask for more help and we quickly came up with a plan to implement a flexible labor program to meet the workforce at their availability.”
Part-time flex positions began rolling out in late February. Brandon says the response was overwhelming, with more than 100 applicants in the first few days. Cypress was one of the first employees hired under the program and began working the production line in March. Her schedule is 7:00 a.m. to 12:30 p.m. She says the flexible hours have made a huge difference in her life.
“Now I can get my son ready in the morning, drop him off at my mom’s house who will take him to preschool, and then I can pick him up at 1 p.m. every day,” Cypress said. “I now have the opportunity to see his big milestones at school, take him to doctor’s appointments, his first t-ball practices. I won’t miss anything like that. And that means a lot to me.”
Meanwhile, John started part-time at the end of April but chose to transition to a full-time position on the formulation team in mid-July. He works from 6 a.m. to 2 p.m.
“All kids get worried when they switch schools, so I wanted to make sure I was able to pick my son up from the bus stop during summer school and take him to his friend’s house,” John said. “Now that he’s adjusted, I took the opportunity to work full-time, since Land O’Lakes is a great company to work for, with great benefits.”
It’s not just working parents taking advantage of the program benefits at St Joseph. College students, workers needing extra money with a second job, and retirees wanting a part-time gig to keep them busy are all part of the team at the St. Joseph site.
“We’ve learned a lot from the program already,” Brandon said. “We’re seeing high-caliber employees. Job experience isn’t required but many applicants have it anyway and are showing up to work because they want to be here and they’re able to show up because they made that schedule for themselves.” Brandon says his team is working towards the goal of rolling out the flex labor hours program to many non-union facilities across Land O’Lakes, and have added 6-10 additional sites so far.
Interested or know someone who is looking for a flexible part-time job? Check out our job openings across the U.S. on the Land O’Lakes Careers Site.