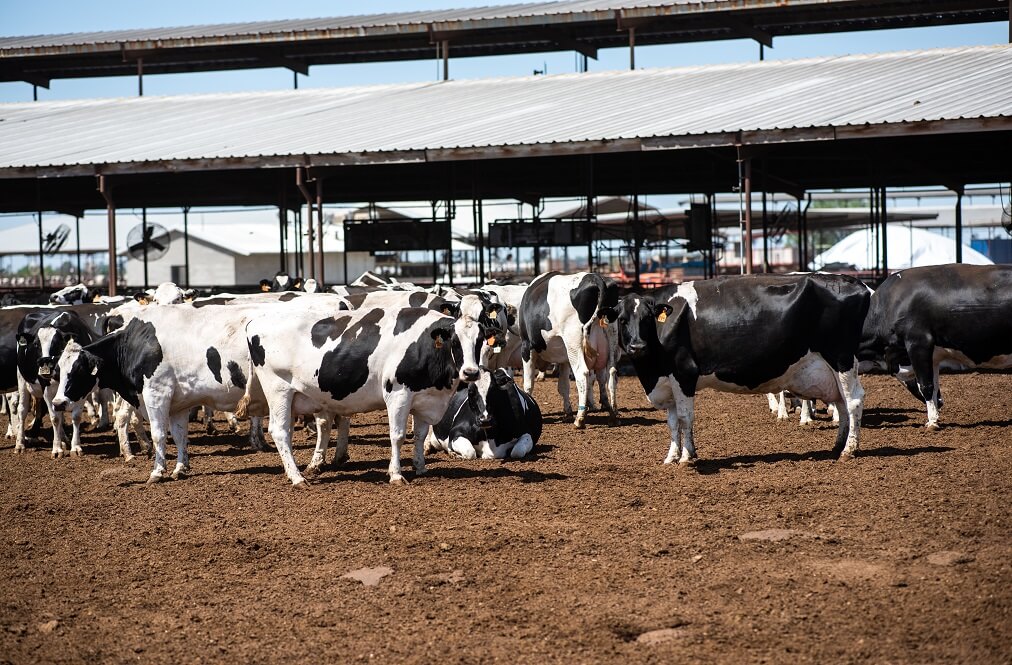 As a Land O’Lakes member since 1992, Brad Vold has seen the co-op evolve alongside the changing farm industry. Starting as a single-family farm in 1898, the Vold operation has now grown to a 500-cow dairy operated by three families. When first joining the cooperative, Vold was looking for ways to get involved with Land O’Lakes so he decided to participate in Leader Development programs offered to members.

“I was looking for a way to network with other producers and have some input on the direction of our co-op,” he says.

Vold has been involved in governance for several years, becoming a unit delegate and then chair of his unit region. Today, he represents his unit and serves on the Policies and Resolutions committee.

“Each year, we go through the co-op policies,” he says of the committee. “We decide which policies drive the philosophies of Land O’Lakes”

Advocacy has also played a large role in Vold’s Leader Development. He’s advocated on behalf of members on both the state and federal levels, specifically on topics such as the Farm Bill and immigration policies.

“I felt this was something I could have a big impact on,” he adds.

Since Vold became involved with Land O’Lakes Leader Development, he has seen dramatic changes in the programs. These changes come as a direct response to members requesting additional opportunities.

“The programs are continually changing, and we’re really encouraging internal development for members,” he says.

The most recent of these changes is the addition of a Mentorship Program that encourages members to work with and learn from one another. Still in the early stages of the program, Vold is excited to both teach and learn from his mentee.

“My mentee is very interested in exploring leadership potential, and I’m excited to see how our connection evolves,” he says.

As farmers, the ag industry can be a lonely place often hard to navigate on your own. The mentorship program connects members across generations, fostering a mutual learning between mentor and mentee.

“We need more young people to get involved in leadership and give them the opportunity to tell their story in a leadership role,” Vold says.

Kendall Heiniger saw a huge disconnect between rural America and the rest of the world when she moved to her husband’s family farm outside of Kansas City. She began looking to learn more about the co-op system and how she could get involved, so Kendall and her husband, Austin, attended Cornerstone for Engagement in February 2017.

They then reached out to see what else they could do, which led them to being invited to Washington D.C. that June to the National Council of Farmer Cooperatives (NCFC) Washington Conference.

“It was there that I began to see how my voice and my story really fit into the world of agriculture,” Heiniger says. “We went around the Capitol advocating for agriculture, and I knew I was passionate about speaking up on the behalf of others.”

Interested in furthering their advocacy skills, Kendall and Austin attended Growth for Advocacy in February of 2018. They were given the opportunity to speak at the Annual Meeting about their experiences in the Leader Development programs.

“I never considered myself someone with anything important to say,” Heiniger adds. “But by choosing to seek out education in this realm and taking the time to listen to others, I have learned that I do.”

Listening to others has been another step in Heiniger’s development journey, with both she and Austin participating in the Mentorship Program. Although they’ve only had a few calls so far, the two look forward to learning more from their mentors.

“My mentor has been so encouraging, informative and willing to answer all of my questions,” says Heiniger. “I feel that a lot of thought was put into our pairing because she’s providing excellent direction for my future goals and aspirations.”

In fact, Land O’Lakes was very deliberate in the mentor-mentee pairings, matching members based on specific interests and strengths. For Kendall, that meant getting involved with more local advocacy in Kansas and speaking up about her experience and story. Heiniger has been approached by agricultural organizations such as the Farm Bureau and is excited to join the Kansas Soybean Association’s emerging leaders program this year.

“Without Land O’Lakes, I would have never felt brave enough to go after it,” says Heiniger. “The programs have provided me with self-confidence in the world of agriculture.”

Through her journey in Leader Development and participation in the mentorship program, Kendall has gotten a glimpse of what the world of ag policy might hold for her.

“Land O’Lakes has played a huge role in our thriving world, and we plan to continue being involved with this co-op for as long as they will have us,” says Heiniger.