The reaction to the campaign? Overwhelmingly positive 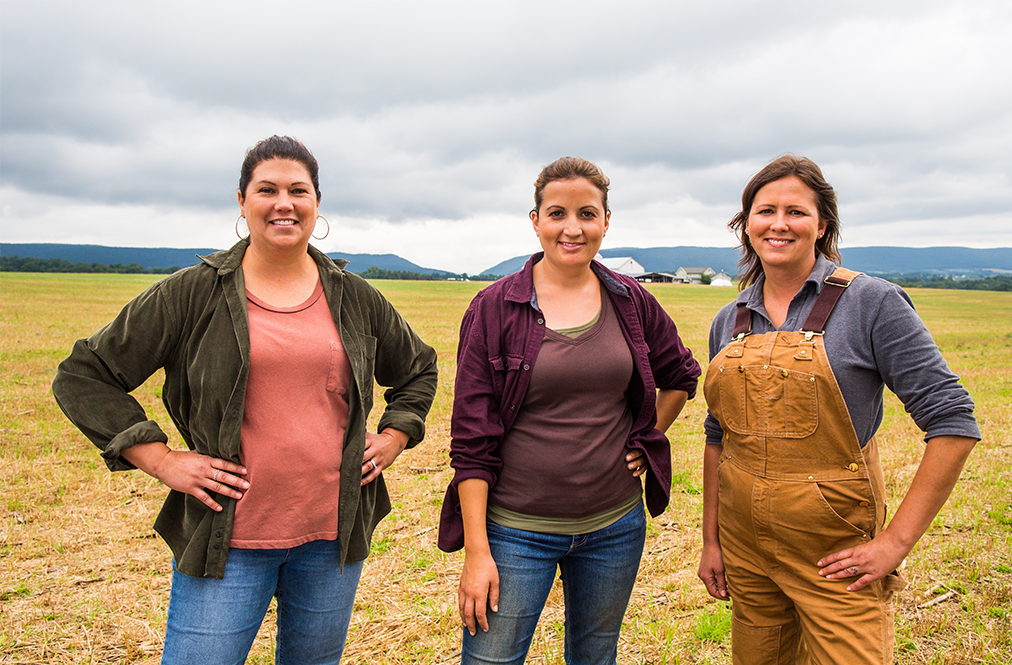 Amanda Condo, Candice White and Lori Butler are not performers or actors. They are farmers doing the real thing day in and day out. And it’s that authenticity in our She-I-O video that have made some think otherwise.

"There was one comment on social media where some woman said, ‘Great for those actors playing farmers.’ Something along those lines," Amanda says about the video.

It didn’t take long to set the record straight.

"My older sister commented back, “No, those are actually farmers. Those are my sisters and my cousin. Those are real farming women,’” says Amanda.

It’s that authenticity reflected in the video we thought was important to kick off our new LAND O’LAKES Dairy Foods campaign, All Together Better.

Amanda Condo: In her own words.

The reaction all three women have received after being part of the video shoot has been overwhelmingly positive—feedback from other women farmers, people they know near their farm in North Central, Pennsylvania, and comments from folks on social media they have never met. They say all of it affirmed why they decided to be part of the video.

"Our phones have been blowing up," Lori says. "Our Facebook profiles, everything. I did not know what to expect but I am happy with how it's been received."

Lori Butler: In her own words:

The idea came about to recreate the iconic farm anthem Old McDonald in May of this year. The video itself was shot entirely in July.

"It was a tight turnaround for sure," says Julie Anderla.

Julie, the director of Integrated Marketing and Communications at Land O'Lakes, Inc., worked extensively on the project.

"The videographers would send all the video to editors in Los Angeles for a quick edit and turn around for us to check out within 48 hours," she says. “The four days spent shooting at the Dotterer Dairy farm and Goodview Farms was all they had to capture an epic story of truth and authenticity that made an emotional connection with our intended audience.”

The performance took place inside one of the Quonset sheds on the Dotterer farm but recorded at a studio in Nashville. The biggest challenge? Taking what is traditionally known as a kids’ song and own the rewrite.

"We kept asking, how do you ground it in the song everyone knows but still make it cool," Julie says.

Listening to the song for the first time was a pleasant surprise for the famers who took part in the video shoot.

"It kind of brought tears to my eyes," Candice says. "I thought, ‘She is singing about us.’ We were all very honored that Land O'Lakes thought we would be good representatives for the business and women in farming."

Candice White: In her own words:

The story on the Land O'Lakes blog about the Old McDonald rewrite, She-I-O video and All Together Better Dairy Foods campaign has attracted tens of thousands of eyeballs. To date, it is the highest performing piece of blog content. Because so many eyes were on the video Land O’Lakes was also able to meet its donation goal $100,000 to Feeding America. For each social media engagement Land O’Lakes donated $1.