The rise of Skywalker

The Answer Plot® Operations team found a better way to make tall corn spraying safe, efficient and -- believe it or not -- enjoyable 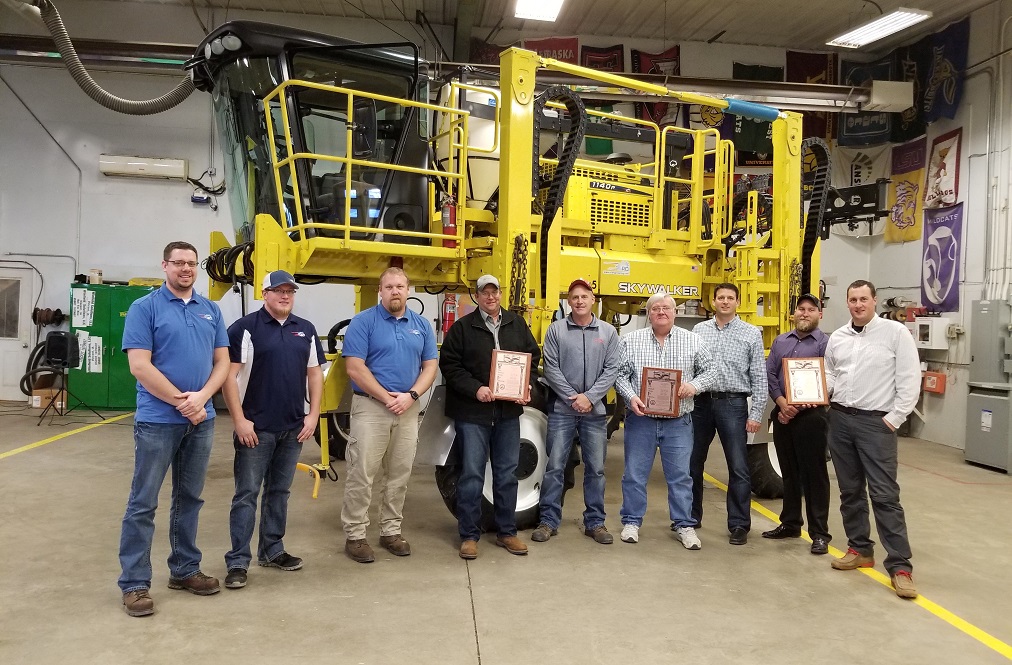 Hi there. Here because of the new Star Wars movie? Welcome! Before you head out, you might be interested in hearing more about us -- not many people know we're a farmer-owned co-op. Or that there's a gold rush on agricultural careers. Or maybe...we could interest you in the the butter emoji (it's coming!). Take care!
--- --- ---
Spraying corn on an Answer Plot® site late in the growing season is a daunting task. You have to suit up in personal protection equipment from head to toe, secure a respirator to your face, don a heavy backpack and hold a spray boom that's guaranteed to make your arms throb by the end of the day. Since spraying typically starts in July, you can bet that you'll be sweating buckets as soon as you start.

This less-than-pleasant reality got the Answer Plot® Operations team thinking: What if there's a better way? They found one—and its name is Skywalker. Not the Hero of the Republic, of course, but a four-wheeled vehicle that rises high above tall corn making spraying safe, efficient and—believe it or not—enjoyable.

What is an Answer Plot®

Let’s back up a bit. What is an Answer Plot® and why is it important to our business? Answer Plot® sites are science-backed “living laboratories” where crops, seeds and technologies are tested and observed by agronomists and farmers. These plots are where WinField United tests products on crops to see which ones work best in different environments and across different crops.

Through the Answer Plot® model, farmers get an objective look at which products will perform better on their individual operations. It helps farmers take some of the guessing out of the decision-making process they face every year. And it helps WinField United sell the best possible product to these farmers.

The rise of Skywalker

For WinField United, there’s always a puzzle to solve.

“We had a conversation about how the management of corn [in our Answer Plot fields] was becoming more intensive,” says Steve Anthofer, director for WinField United R&D. “We also needed to make more applications late in the season, when corn is 8-to-10 feet tall.”

Since that conversation five years ago, WinField United has doggedly worked on the Skywalker, taking it from the prototype phase to six operating machines. With each Skywalker came an opportunity for improvement—tighter controls, the ability to spray small plots and move in a checkerboard pattern to accommodate research designs.

“We can modify a few things,” says Todd Coulter, Answer Plot® operations manager. “We can use Y drop attachments to apply liquid fertilizers in late season. The tubes are on the very bottom rung, right next to the row, for precise application. There’s also a dry application system. The dry box is attached to the Skywalker, with a Y tube running behind the back wheel. With this, we can seed cover crops or apply dry fertilizer on a plot-by-plot basis.”

The seventh Skywalker, which is set to be finished in the first half of 2019, will upgrade to larger, taller tires for safer applications over pivot tracks.

“Larger tires will enable us to make applications under conditions more prone to disease that we would expect to have under irrigation or high rainfall environments,” says Todd.

The Skywalker in action

Five Skywalker machines are used at about 50 Answer Plot® sites throughout the Corn Belt; a sixth resides at the WinField United Innovation Center in River Falls, Wisconsin. Depending on the type of application—fertilizing, for example—attachments are connected to different areas of the machine. An operator, who sits in the climate-controlled cab elevates the Skywalker to a specified height, making sure the tires are lined up with the corn rows, and starts the application.

“It’s a different kind of experience when driving over tasseled corn,” says Steve. “When you come to the end of the row, it’s like standing on the edge of a cliff and looking down.”

Here’s the Skywalker in action. 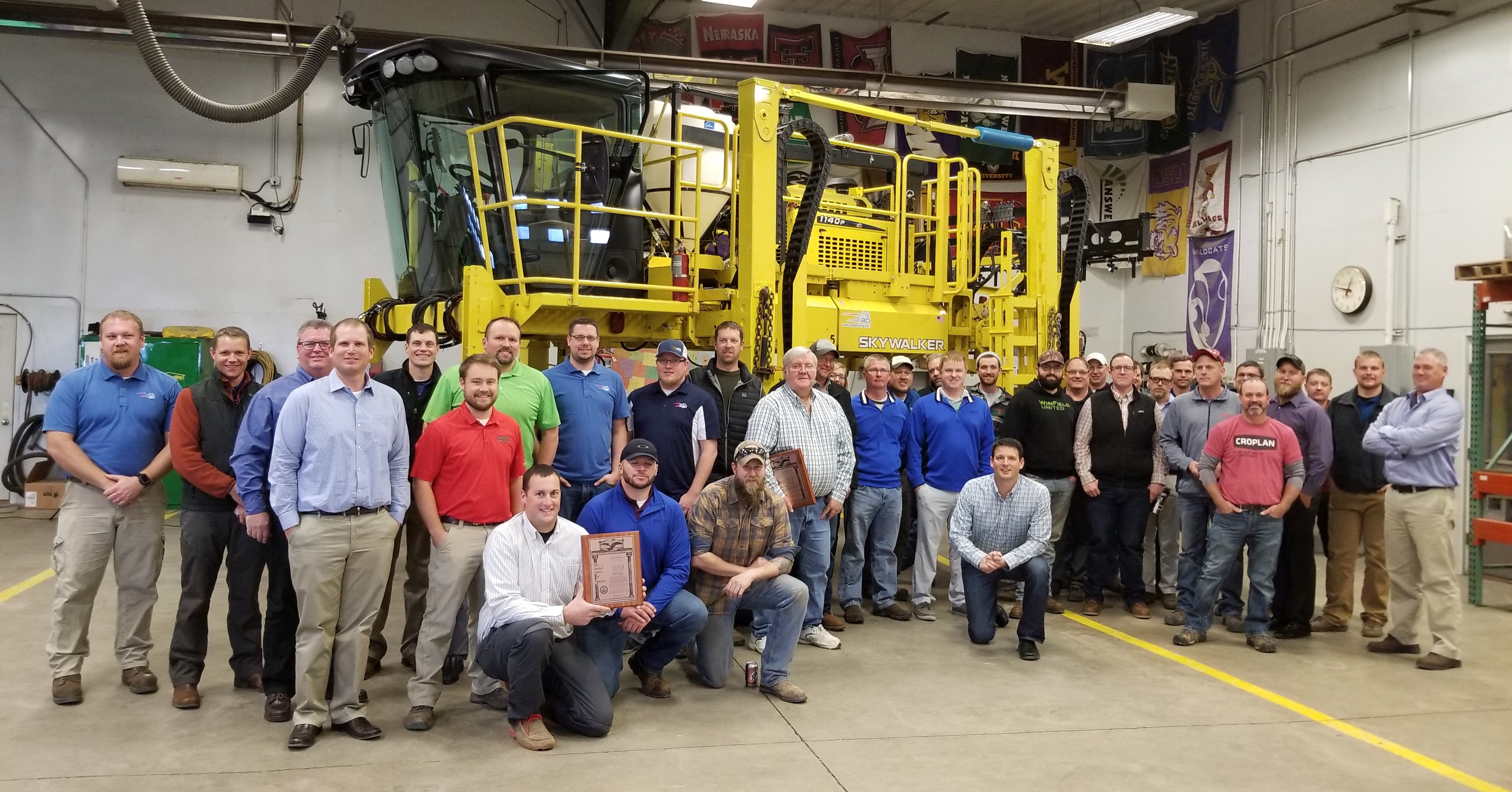 Behind the Skywalker is a team of collaborators from WinField United, Answer Plot® and RCI Engineering, a research equipment company. In recognition of their work in taking Skywalker from prototype to patent, the core team was recognized at an Answer Plot® event earlier this month.

“This team brought insights to the company,” says Todd. “It’s amazing how shared operations and a couple of guys in a shop can make a difference.”

And they’re not done yet.

“Bring on the next challenge,” says Todd.