We stand with our member-owners, retail-owners, customers and dealers working together in Nebraska (and beyond) 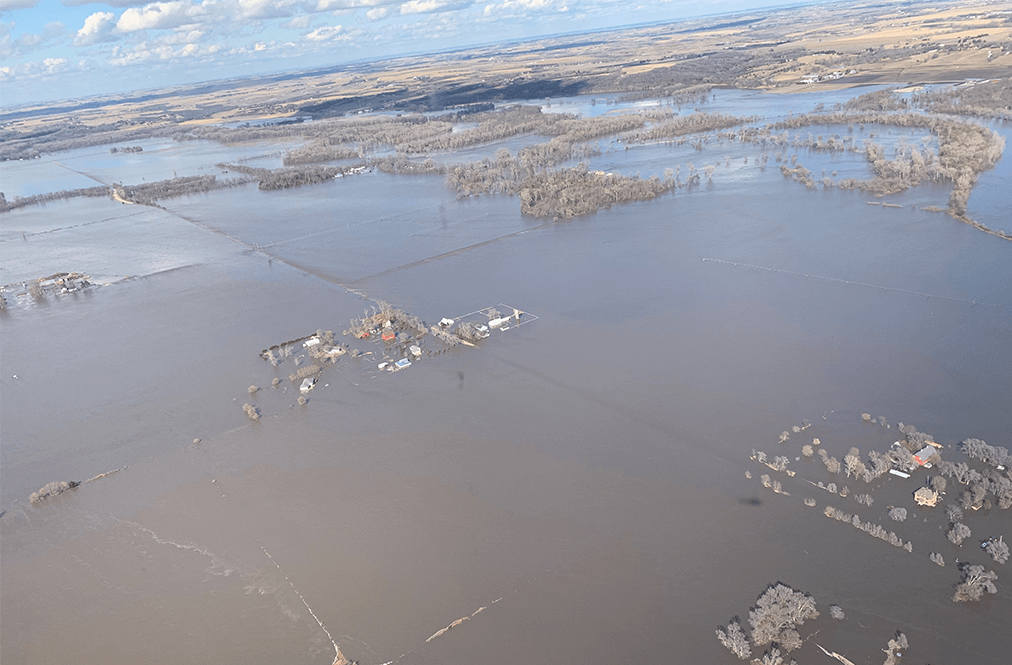 If you’re not directly affected, words like "unprecedented" or "catastrophic" can be hard to comprehend. Earlier this month Nebraska, Iowa and other parts of the Midwest experienced major flooding -- Nebraska among the hardest states hit.
Emergency declarations have been issued in both Nebraska and across the Midwest as damage is expected to exceed $1 billion dollars. Livestock has also been hit especially hard – with numerous farmer accounts of cattle "just floating away." Animals are lost to the rising rivers and the overland flooding that is swallowing pastures and farm fields. Its impacts are affecting dozens of local Purina Animal Nutrition retailers, as well as a Purina feed mill in Fremont, Neb.
"I don't think we really know at this point -- the extent of the damage and its true affects," says Darrin Nordhues, a northeast Nebraska resident who is also the Area Sales Manager for Purina. "My basement had some water in it, I was trying to get the water out and feeling sorry for myself. But quickly I reminded myself – that pales in comparison to what our farmers, dealers and customers are facing."
The precise loss of livestock has yet to be determined by officials on the ground. Anecdotally, Nordhues says, one customer lost about 100 head of cattle. Another once had a herd of 300, but was only able to recover about 60 cows after rising floodwaters swept majority of the herd away.
"It starts to wear on people, the stress, the loss," Darrin says. 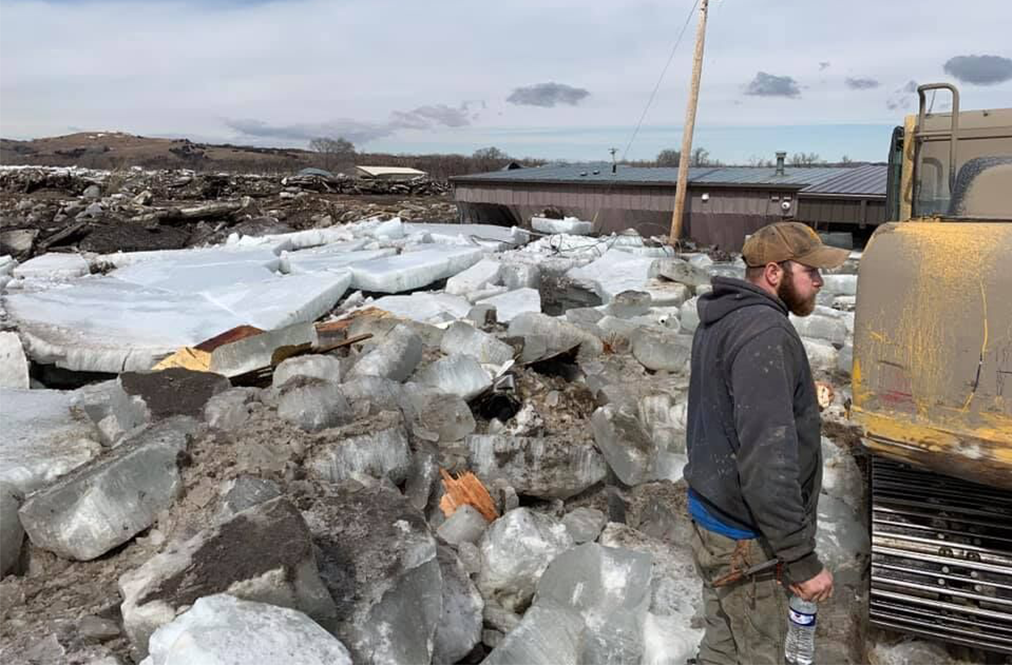 “We know recovery is just beginning,” says Dave Hoogmoed, EVP and president, Purina Animal Nutrition. “We stand with our member-owners, retail-owners, customers and dealers in working together to help get folks back on their feet.”
To do that, Land O'Lakes Community Relations is donating $10,000 to those impacted by the disaster and Purina is working with local retailers to provide additional relief -- by giving the opportunity for Purina dealers around the country to donate funds or supplies through its Business Builder program and help connect farmers, ranchers and animal owners with feed donations.
The program allows dealers to donate sales support funds from Purina Animal Nutrition. "We get a report every day that Purina dealers have contributed,” Nordhues says.
Purina dealers from around the country have stepped up to help. Feed and hay donations are supporting farmers for daily operations until long-term recovery is available.